I was grateful to be invited by Pauline Lai in April 2020 to become Chair of Web Communications after volunteering in 2018 and 2019 as a UX design mentor for the GDC Connect UX Workshop series that the BC Chapter of the GDC has been hosting since 2017.

It has been a pleasure to meet so many volunteers who are dedicated to building a community around the practice of design.

Given a global pandemic and restrictions on in-person events, the GDC has been exploring a shift to online events. Coffee Break was our invitation to people around the world to join us to meet with designers, educators and students. It is a free online social on every third Wednesday of the month.

GDC British Columbia is honoured to be involved in bringing CreativeMornings/Vancouver to the Vancouver design community as a GDC initiative. The monthly event has also made a transition to online meetings.

It has been important to raise the voices of people such as Denise Williams, who was recently presenting at Creative Mornings/Vancouver about the digital divide that has been designed into Canada’s colonial system of governance and capitalist system of property law and economic value extraction. By addressing the topic of Digital Equity, Denise Williams defined the digital divide as the inequity in internet access between some communities that prevents socioeconomic parity between Indigenous and non-Indigenous communities and excludes many Indigenous peoples from the digital economy.

I felt that I had been charged with a mission from the National President of the GDC, Mark Rutledge, in a private conversation we had about the writing that I was sharing on my personal blog during 2020. It seemed to me, he was asking me how we might be able to raise the voices of those who have not had a voice in our culture because of structural and systemic problems that have been designed into the way Canada regards business as usual, the status quo.

During 2020, we were learning how deeply digital technologies are dividing our societies and our world. Our social identities as human beings are complex. At the end of 2019, after seven years without a full-time job, I was in an ongoing process of reinventing my identity and questioning my relationships with religious institutions, corporations, and governments. I had been taking a course with a friend with whom we had been discussing the idea of a builders collective. We were exploring ideas about how we build resilience, relationships, and community. We were exploring how we imagine, design, and build the future together.

I was exploring what it means to be a designer by understanding our materials, similar to what the Bauhaus was doing in art, design, and architecture. If we are experience designers, how can we gain a better understanding of human experience?

I sought to replace personas, built upon the model of propaganda, public relations, advertising, and marketing to identify a target market.

The conversation about design is evolving as the scope of design expands from physical artifacts to living systems.

The challenge, then, becomes more about how to understand the values, perceptions, and behaviours of the individuals who make up an organization or a society. Through brain research and cognitive science, we are coming to understand that we are not actually rational creatures. Rather we react and behave emotionally and invent rationalizations to justify our instinctive and impulsive actions.

Values, perceptions, narratives, and social identities are far more compelling than data, facts, information, and rational thought in the way that we understand our environment and make decisions as social creatures.

During 2020, in conversations with people in Paris, New York, San Francisco, Los Angeles, and many other locations, with design students, educators, practitioners, and leaders, I explained the mental models I had developed and found that the ideas resonated. The core concept is that we understand the world through stories.

We must recognize the common ground between ourselves and those of us, as human beings, who have become so desperate as to risk everything to storm the U.S. Capitol to retrieve and save that which we perceive is being lost, which is slipping from our grasp. Change is happening at a pace that exceeds our ability as human animals to adapt to our environment. Our evolutionary tools, our ability to change is being stretched beyond what our limbic systems and pre-frontal cortices are able to process. At the core, human beings crave connection and a sense of belonging that satisfies a desire for purpose. When the social support systems break down, humans will create their own ideas and systems of meaning to give themselves a reason to live.

I have been working part-time as a UX design mentor for an online platform, because I have yet to be able to find full-time employment in Canada for the past eight years. I counsel my students about how to overcome imposter syndrome by getting into the growth mindset.

“To put it simply, imposter syndrome is the experience of feeling like a phony—you feel as though at any moment you are going to be found out as a fraud—like you don’t belong where you are, and you only got there through dumb luck. It can affect anyone no matter their social status, work background, skill level, or degree of expertise.”

As a member of the precariat, I have a feeling that I don’t belong in the company of much more successful and competent designers. I question the value that I bring to this organization. We held a meeting to discuss what the responsibilities of my position should be, as the job description had not been updated to reflect the current realities. As a family member contracted Covid-19, other immediate priorities took precedence over volunteer responsibilities.

The value that I bring is an ability to synthesize ideas, to see living systems as an interdependent and interconnected whole. Typically, when we design, we think of the parts that we have been given permission to change. However, during 2020, the world has been experiencing multiple systemic crises at once:

Design is political. When, without the constraints of a code of ethics and a sense of responsibility, we give our labour to an enterprise that undermines the strength of our social supports, our social systems are ruined by design, as Mike Monteiro asserts.

The Social Dilemma documentary brought to the mainstream culture a critique of the attention economy and surveillance capitalism.

The digital divide manifested on January 6, 2021 as two distinct perceptions of reality threatened to split the United States of America in half. A Sri Lankan-Canadian-American venture capitalist, engineer and the founder and CEO of Social Capital, Chamath Palihapitiya was an early senior executive at Facebook, joining the company in 2007 and leaving in 2011. He warned in 2017 that social media is ripping society apart.

In this time of crisis, we are all reinventing ourselves, adapting to the changing reality. The GDC, as an organization of volunteers, is learning to adapt to the possibilities that come with technologies that break down the geographic barriers. What does it mean to be a designer? What does it mean to be a local chapter of a national design association? What is work?

What is Canada but a corporation that has rebranded itself as a nation state? What is the internet but a means to digitize, ephemeralize, and democratize the tools of the old broadcast media environment? What is the web but a network of relationships far more complex than we had realized and far more overwhelming than our human minds are able to comprehend. As we deconstruct the media environment and the economic system in Canada, we are awakening to a greater awareness of a political system that builds and maintains an apartheid state, a neo-colonial white supremacist capitalist patriarchal project to perpetuate the ongoing Canadian genocide. What are we building, if the work of design is to build and maintain this system?

Roman Mars said on a recent episode of CBC Ideas that “design is anything that a human touches.” If we are all designers, what is the value of design?

If we are all in this together, what is this anyway?

Something happened last year to change the way I think about my role as a human being. I became an ambassador of design to the world. I was accepted as an artist-in-residence in the Design Science Studio, an educational incubator for art that explores Buckminster Fuller’s principles of Design Science to propel us into a regenerative future. We were involved in a virtual Burning Man event. We worked with the United Nations Leaders On Purpose Summit. Our proposals were accepted for the Living Systems Art + Design Collaboratory at the University of California, Irvine. In this community, I found people who resonated with the work I have been doing to reimagine the role of design as social architecture. We were imagining what the Bauhaus might being doing if given the tools of the 21st century. Meanwhile, the European Union is conceiving and funding a New Bauhaus.

We are all designers. We are in process. We are learning. We are discovering that we can do more together than we ever could apart. We design for resilience, understanding that we must be aware of what can go wrong, the unintended consequences of design. We are exposing our biases. We are testing for problems in our products. We are iterating to improve the experience of being human.

According to Buckminster Fuller, love is metaphysical gravity. 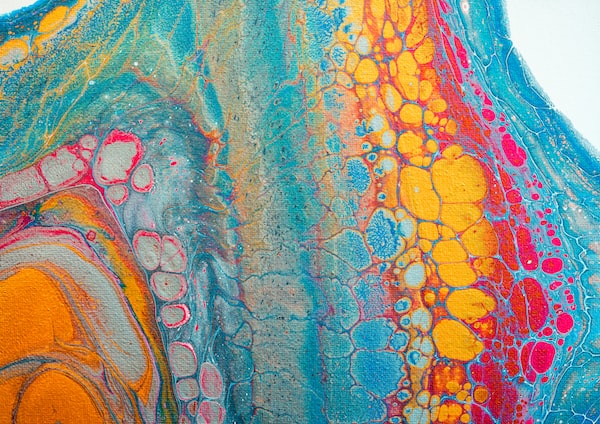 An educational incubator for art inspired by a regenerative future that works for 100% of life.